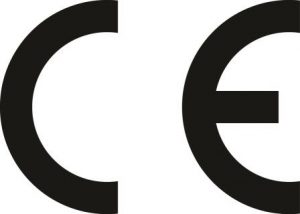 The European Association for Passive Fire Protection (EAPFP) has released a position statement in support of the Construction Products Regulation (CPR), which it says has removed barriers to trade as well as providing a guarantee of quality and standardisation for products marketed within the EU.

The statement has been issued in response to a CPR Technical Platform Workshop on 21 June. Held by the Directorate-General for Internal Market, Industry, Entrepreneurship and SMEs, the workshop, entitled Co-Existence of EU & Member State Systems For Marketing & Use?, debated some far reaching proposals concerning the CPR and its use.

A number of options were discussed including making additional characteristics in harmonised products standards (hENs) possible; allowing for Member States to regulate outside the harmonised structure and to set requirements without using the contents of hENs; and enabling information flows outside the use of the common technical language of the CPR.

Voicing concerns that some of these proposals could lead to a total repeal of the CPR, the EAPFP declares:

â€˜EAPFP strongly believes that the CPD and CPR have contributed to removing barriers to trade in Europe. Consequently, either repealing the CPR or degrading its requirements is not supported by the passive fire protection industry. EAPFP supports a progressive harmonisation towards a real European free trade zone via the CPR which uses a common technical language and harmonisation of safety performance characteristics.

â€˜We acknowledge the difficulties in the implementation of the CPR, but we propose to continue to successfully resolve the issues as they surface, rather than implement an approach that would seriously risk all positive achievements and advances we have made since the CPR became law in 2013.

â€˜The passive fire protection industry sector has invested significantly in CE marking, through both European Products Standards (hENs) and European Assessment Documents (EADs) and any action that would foster or even embrace national characteristics, imposing new barriers to trade, will put us back to the situation some decades ago in the pre-CPD/CPR era. This would endanger economic status and make our European industry less competitive and innovative.

â€˜We consider that any repealing or downgrading of the requirements of the CPR would lead again to trade barriers within EU and should consequently be rejected.â€™