At the AGM on the 18-19th November 2021, Niall Rowan was formally appointed as President of the EAPFP after acting as stand-in president for a brief period. 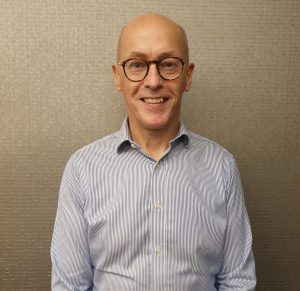 Niall started working in fire in 1979 graduating to managing Warrington fire’s test laboratory in the UK in the early 2000s.

In the 1990s, he was seconded to CEN to draft the 12 most significant new European fire resistance test methods in support of the CPD.

From 2005 Niall served on the board of EGOLF the European organisation of fire testing laboratories and was President from 2007 to 2009.

In 2009 Niall became Technical Officer for the Association for Specialist Fire Protection in the UK and soon after also for EAPFP.

Niall became CEO at the ASFP in 2017 until May 2021 to increase the quality of design, development, specification, and installation of Passive Fire Protection. He is currently the ASFP’s Technical & Regulatory Affairs officer and spends much of his time involved with fallout from the Grenfell Tower fire.

Niall joined the board of EAPFP in 2018 as Vice President and has just taken up the Presidency of the organisation which seeks to be an umbrella organisation for bodies with an interest in promoting passive fire protection.